This past weekend I was able to go down to San Diego and do photo sessions for four amazing, wonderful families. The first family I met there was the family of this brave little Peanut. His name is actually Dylan, but both of his parents call him Peanut :-)

Dylan is 10 months old, and was born with a congenital heart defect (CHD) called Hypoplastic Left Heart Syndrome (HLHS). Essentially, Dylan only has half a heart. Yes, you read that right - HALF a heart. You'd never know it by just looking at him, though. As a matter of fact, when I got to Balboa Park and spotted Krystal with Dylan, he was jumping up and down and singing and being extremely adorable. You'd never know all he's been through... and all that he still has to go through. Just last night both of his parents posted this on Facebook:

Wow. That speaks volumes. Dylan isn't even a year old yet and look at all that he's already been through. And, the hardest part is that Dylan's journey is only just beginning. As stated above, he has his third heart cath next week, and he has at least one more open-heart surgery in is near future to help him live with half a heart. Needless to say, Dylan is one brave little Peanut. And he has a wonderful family, and an amazing community rallying behind him. As a CHDer myself (I too have heart problems and have had open-heart surgeries), it makes my mended heart swell with joy when I see a little CHDer like Dylan fighting to survive, and a whole community rallying behind him. So I'll quit yapping and get to the pictures! 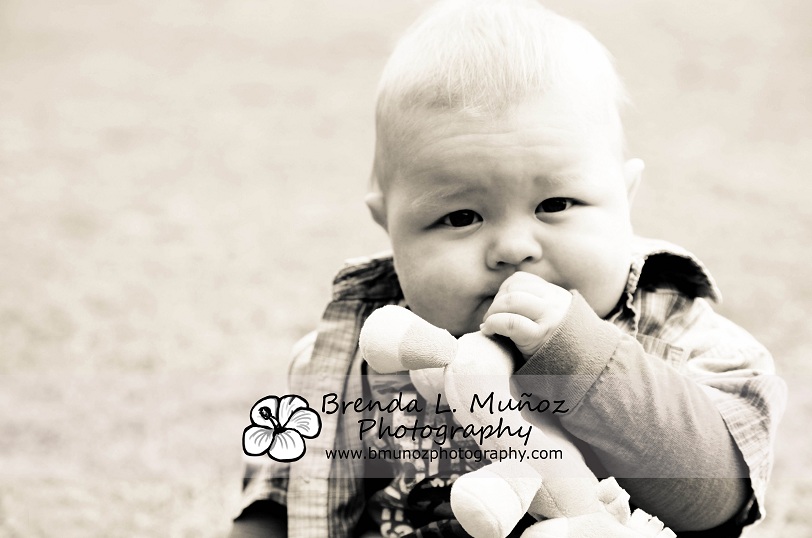 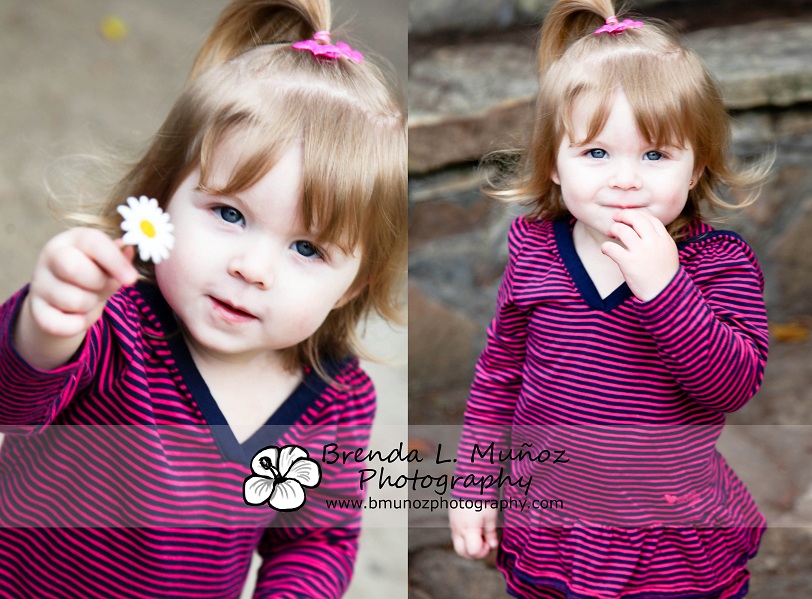 And this is Dylan's oldest sister, Emily, who is almost 3 years old. What a little beauty. 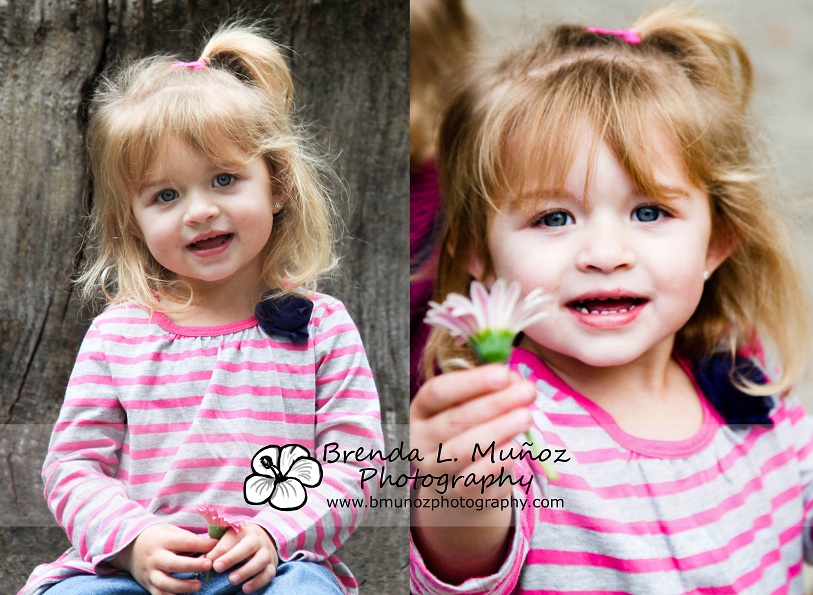 And this is the family rallying behind Peanut. Joe and Krystal - way to go! You guys are some of the most amazing heart parents I have ever met! 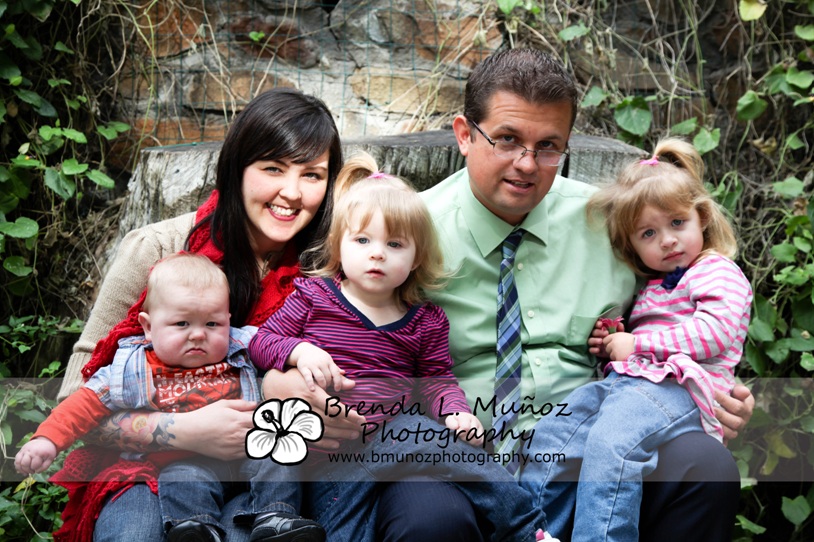 I love this shot of "Dada" with his girls. Joe - you are blessed! 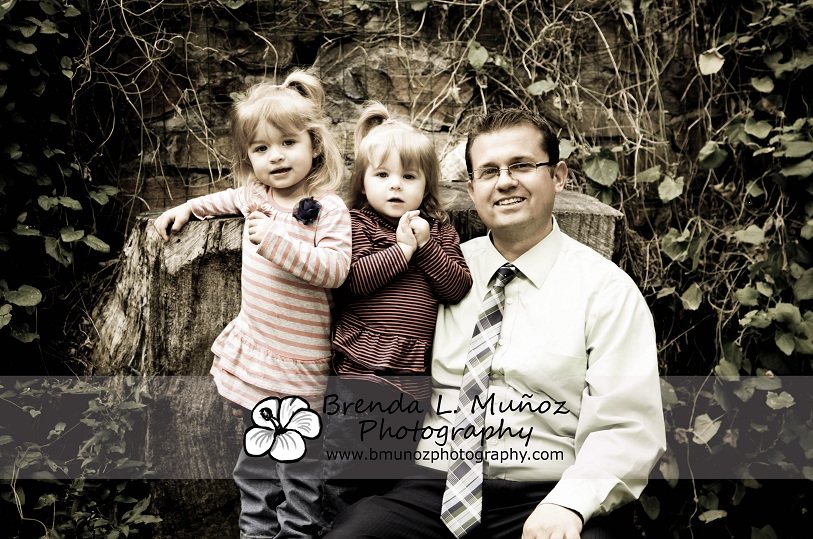 And I adore this shot of Peanut with his Mama and Dada. What an expression! 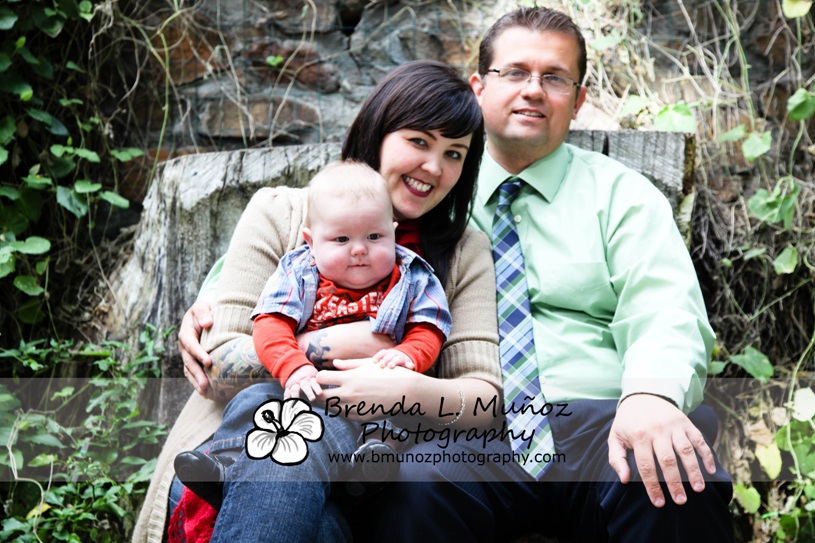 Such love for their little miracle.... 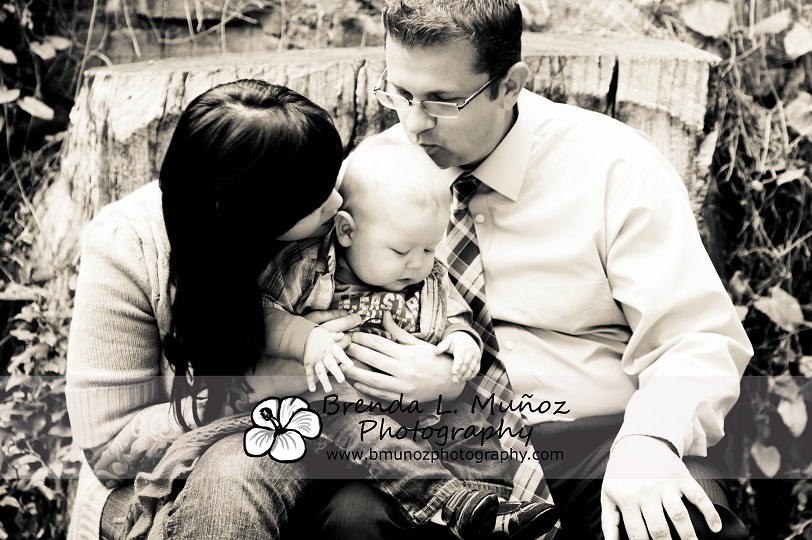 While I took pictures of Dylan with his parents, I had the girls "help" me in order to keep them behind me, and I took some shots of them in between. Love this one of sweet, beautiful Bella. 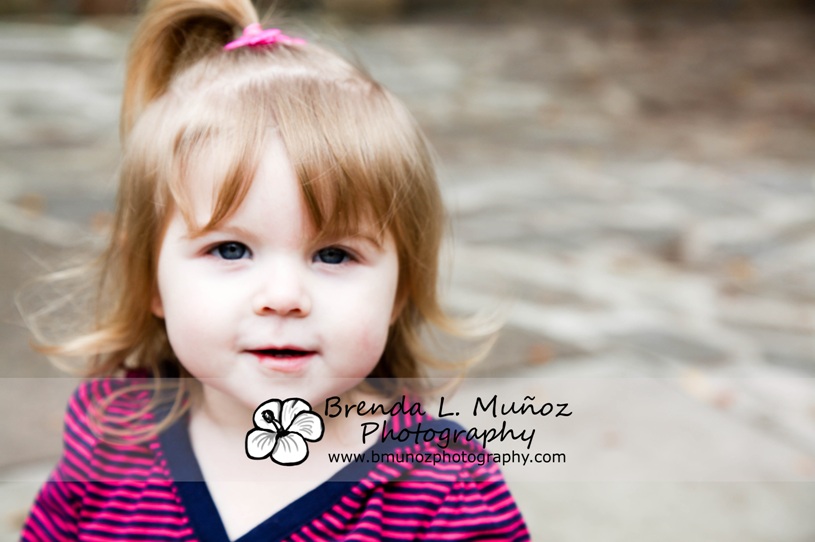 And what kind of 3 year-old has eyelashes like these!? Joe - you're going to need a big stick to keep all the boys away from your stunning girls! 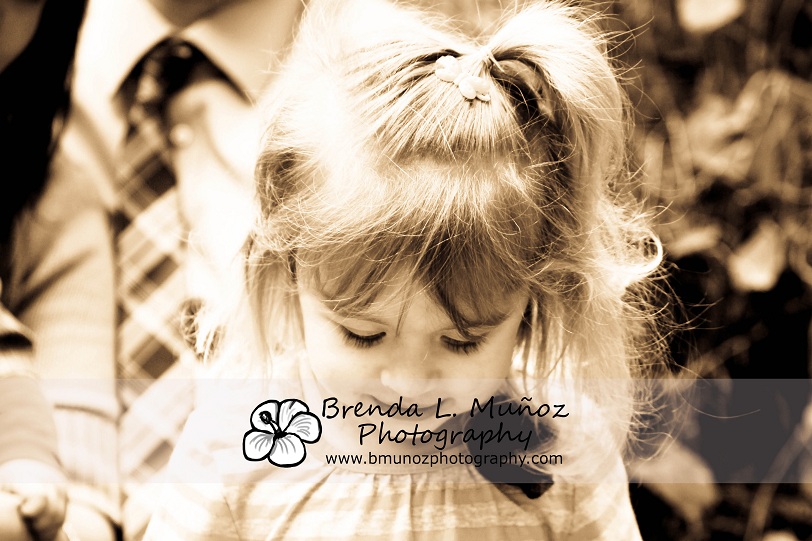 After we got lots of shots in that location, we decided to move on to a different one. After all, Balboa Park is so big and beautiful with so many locations. As we walked around, Emily and Bella held hands. Yes, I WAS melting behind my camera! These girls love each other so much, and they're also in love with Dylan. It's so beautiful to see. 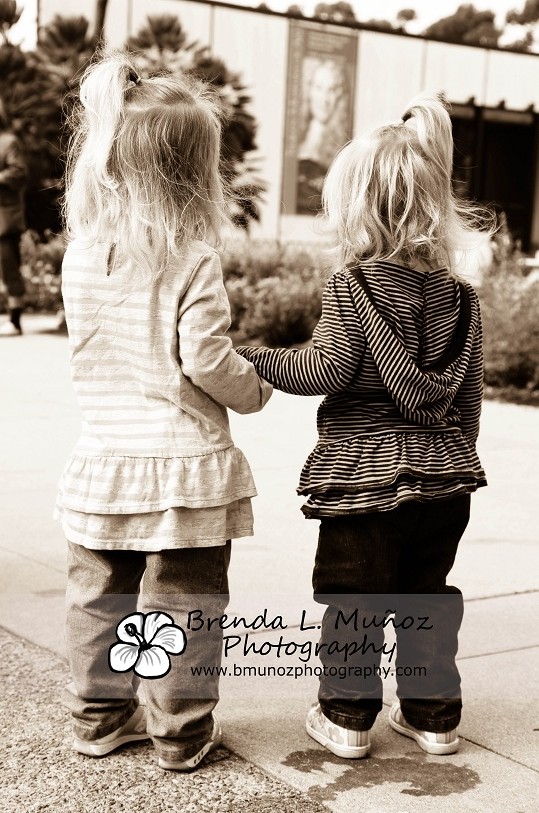 Once we found a new location I got some alone-shots of Peanut. His expressions are priceless! 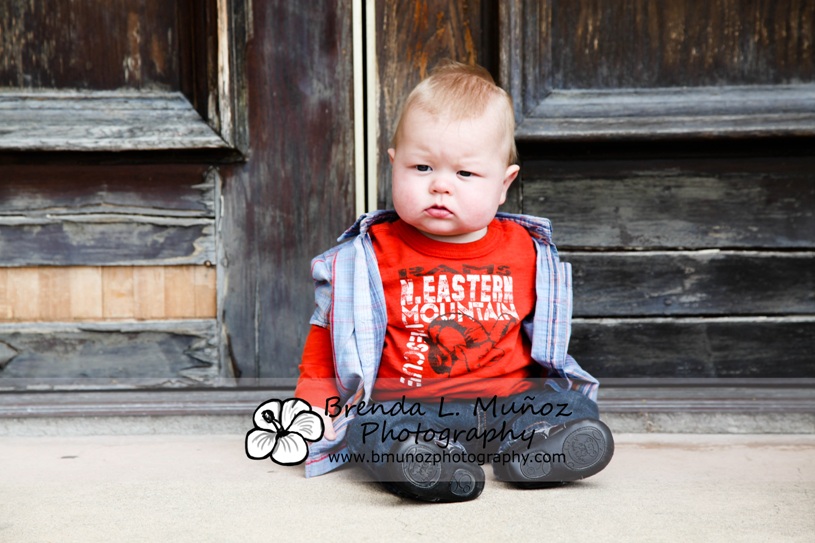 And speaking of expressions... it doesn't get any better than this! I have no idea what Joe and Krystal were doing behind me, but whatever they were doing got these distinct expressions! :-) 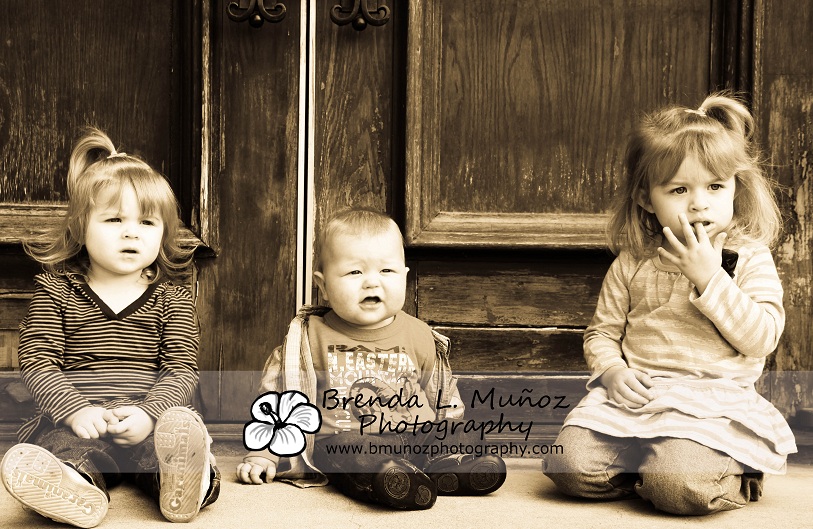 Once we got plenty by this door, we moved on to the grass so Peanut could play. While he played with the grass (which he LOVES, by the way) I made sure to get some shots of his red eyelashes and hair. What a gorgeous kid. 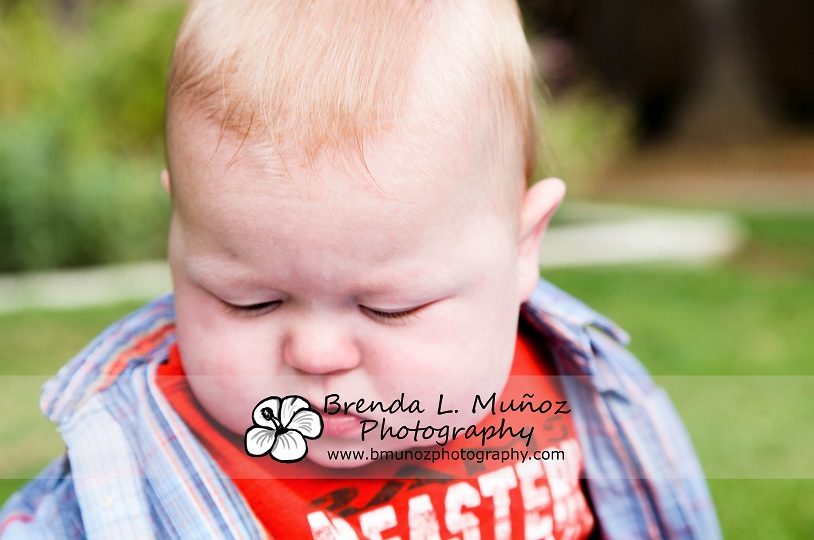 While I focused on Peanut for a bit, Emily and Bella went nuts running around me.... 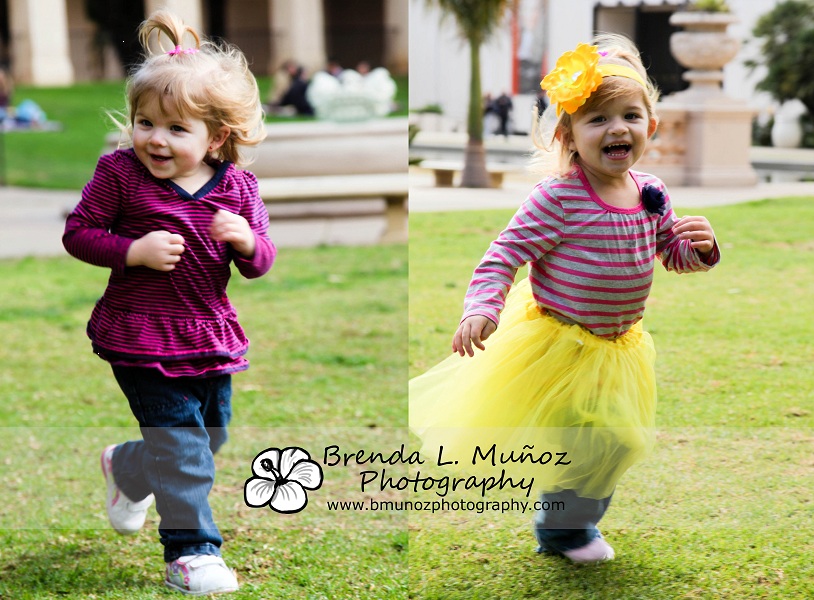 ...and being thrown in the air! Bella loved this. 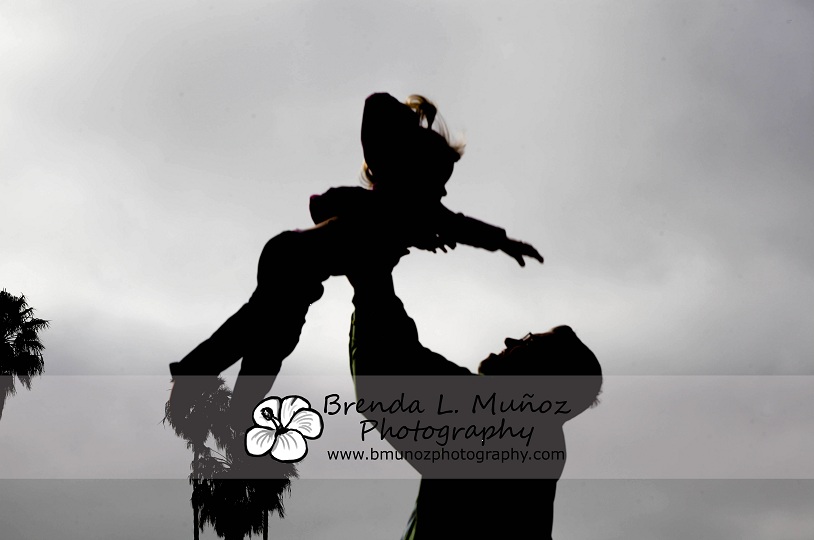 And so did Emily! It was an overcast day, and I was sitting on the grass with Dylan since I was focusing on him, hence the silhouette-type images I got. Love it! And check out that yellow tutu that Emily was wearing. Perfection! 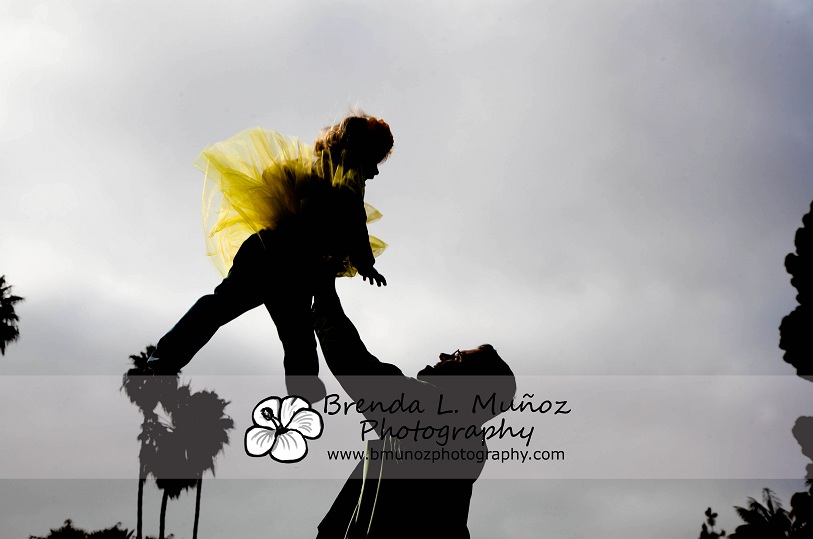 And even Dylan got to go up in the air. 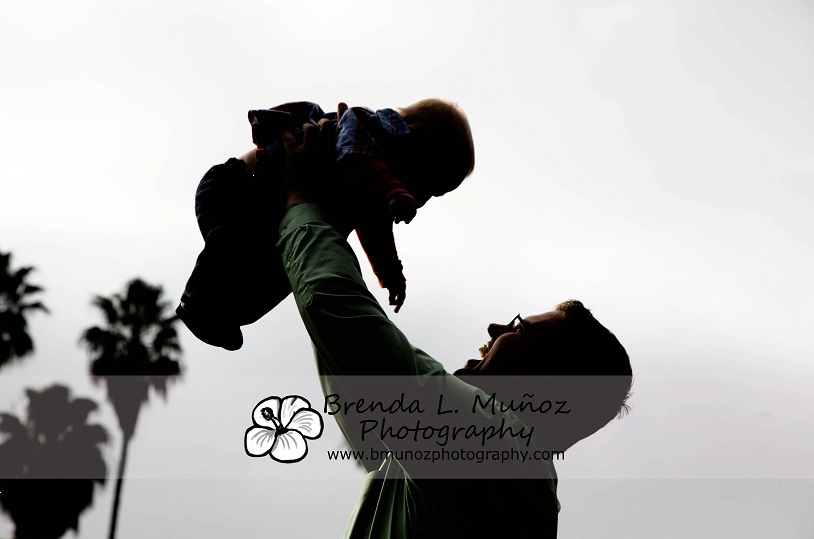 He loved it and couldn't stop laughing. What a wonderful, brave family. 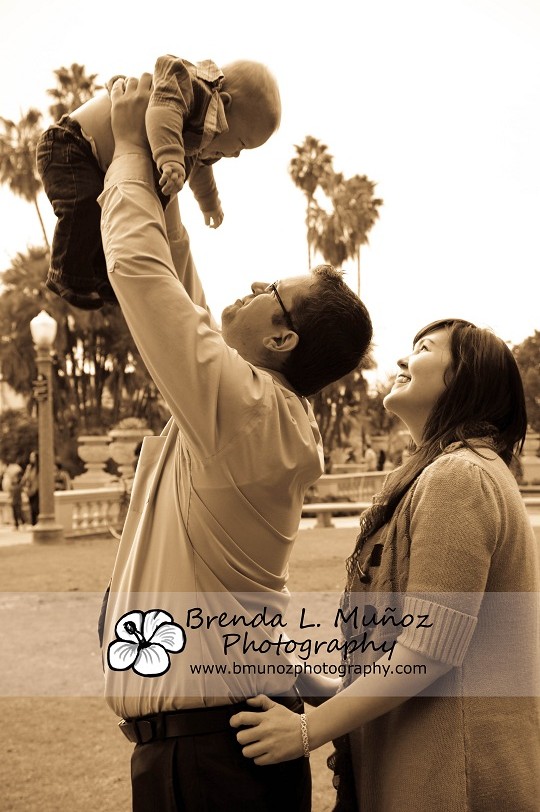 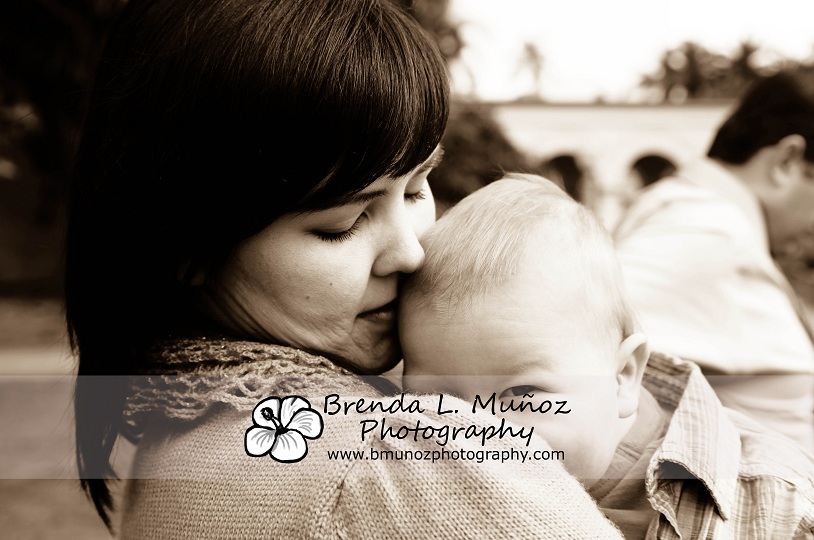 Though that didn't last! He was all smiles :-) 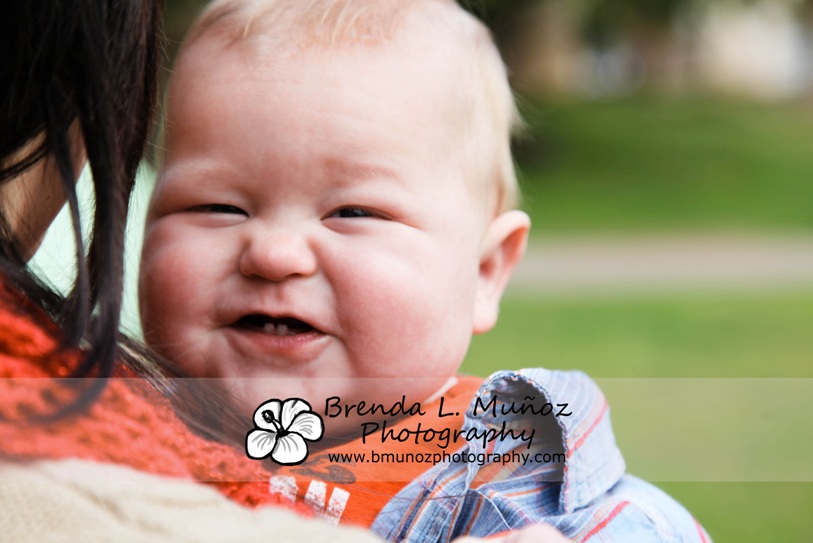 Especially since Krystal kept putting him up in the air. He loves that. 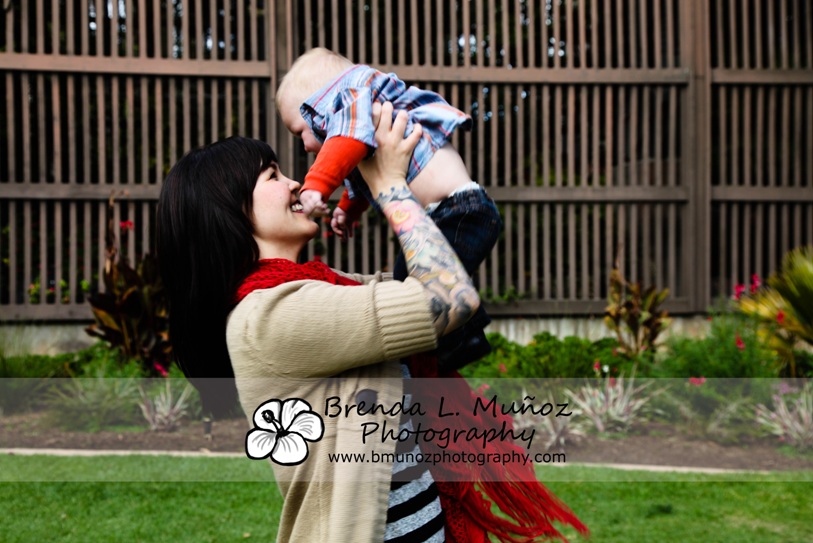 However.... once Mama put him down, I guess the hunger set in and he started crying.... Nothing like butterfly kisses from big sister Emily to make him feel better... (and look at both their eyelashes!) 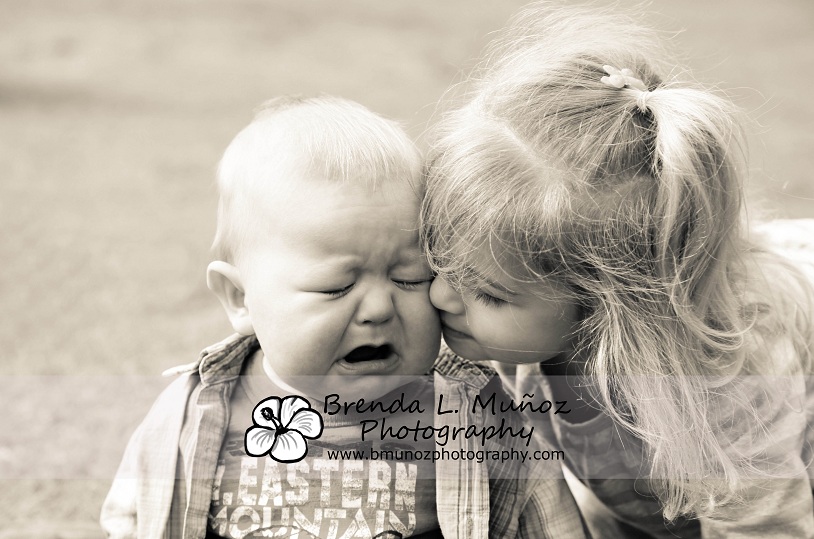 And his binky helped, too, while Krystal prepared his food. 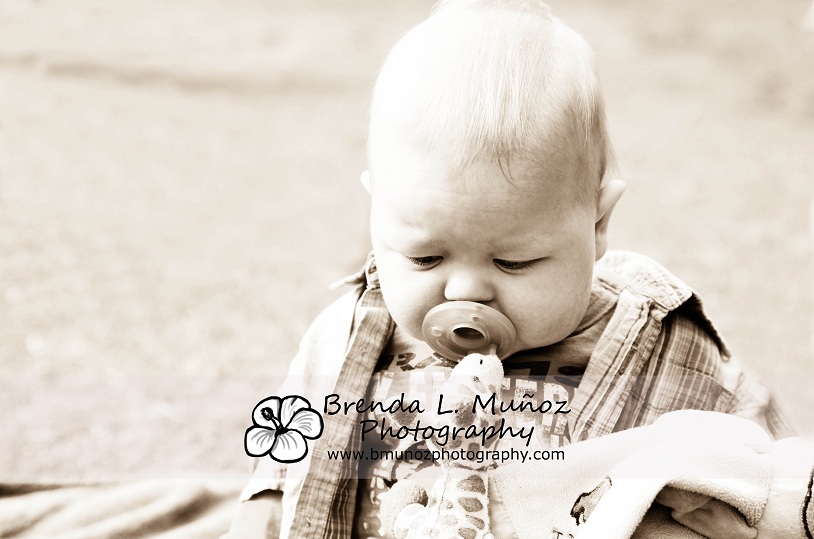 Now, I'm not sure the story behind this, but Dylan isn't able to eat enough orally due to his HLHS, and so he has to be fed through a "button" in his tummy. Just one more thing that this brave, little Peanut has to deal with.... 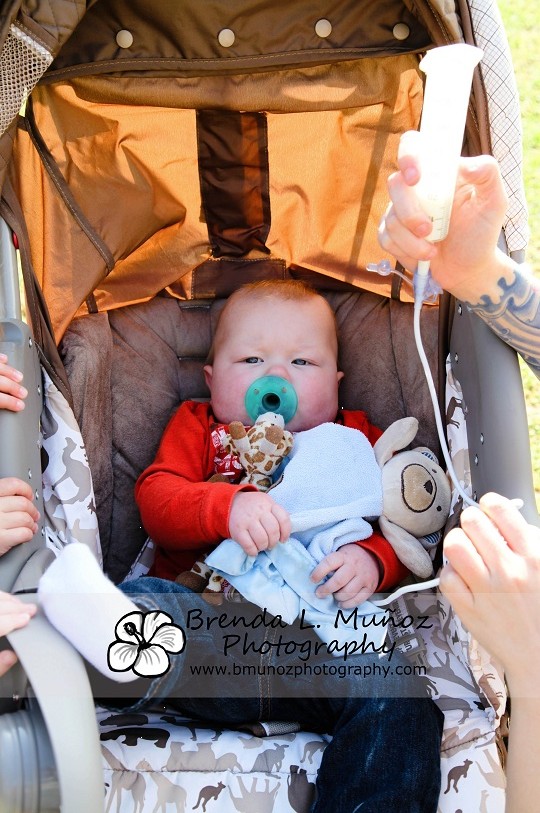 But as soon as he was nice and full again he was all smiles :-) 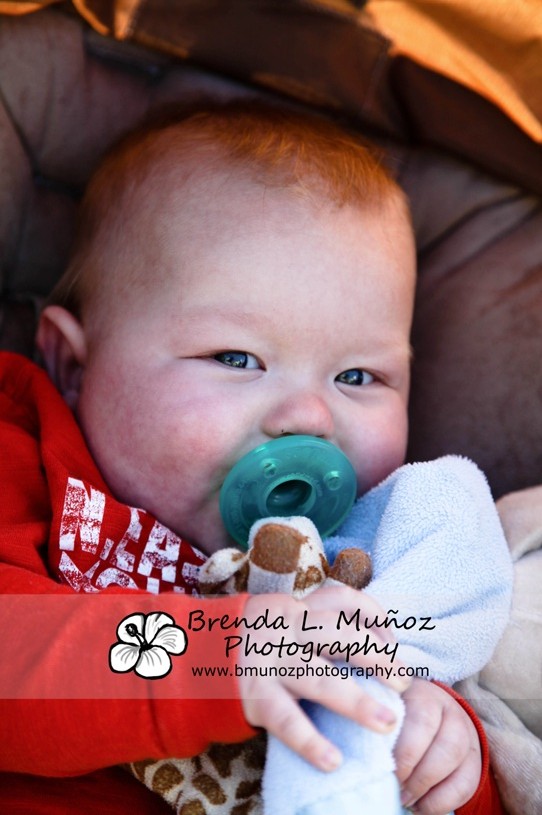 Joe and Krystal - thank you so much for allowing me to do this session for your beautiful family. It's truly an understatement to say that it was an honor to do this. It was such a pleasure to meet you both, and to play with your gorgeous girls, and above all, to hold and play with Dylan. He's such a miracle, and I can't wait to see him get through the upcoming hurdles and grow up into a vibrant young man. That's my prayer for Dylan.