Tonight I had the privilege of meeting Rex, a Yorkie, for a mini-session. Before the photo's let me tell you a little about Rex and his owner, Erica. Erica and I met way back in elementary school because, well, we went to the same elementary school, but also because my mom baby sat Erica and her two younger siblings, and now her niece.

Erica has now opened her home to Rex. As mentioned, Rex is a Yorkie, somewhere between 6-8 years old. Erica was telling me how bad Rex was doing before he came into her home. He was caged in with a baby pitbull, and, as we know, pitbulls can be quite aggressive no matter the age. Well, this baby pitbull beat Rex up pretty bad, to the point of having his face matted with dried blood that came from an angry cut on his tender head. Rex was also SO underfed that you could count his ribs on his tiny back/sides and his hair was falling out, not to mention that he was totally infested with fleas. Rex was in a very, very bad shape.

That's when Erica stepped in. She took Rex into her home to provide a save haven for the little guy and has been nursing him to health for the last few weeks. As you'll be able to see in these photo's, Rex looks nothing like the poor little dog that I just described. Rex looks as healthy as any other little Yorkie, full of life, running around everywhere, and even getting enough courage to bark at my huge German Shepherd, Roxy, who was sitting behind the gate, and even punking my little Sam when he slipped out! :-) It goes without saying that Rex is doing terrific - all thanks to Erica and her family. 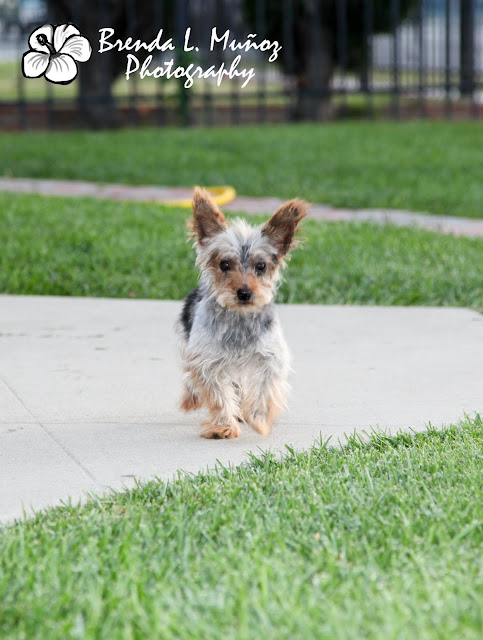 It really is amazing that a doggie that's been through so much can still have such a sparkle in his eyes. Sometimes the tiniest of creatures are the most resilient. 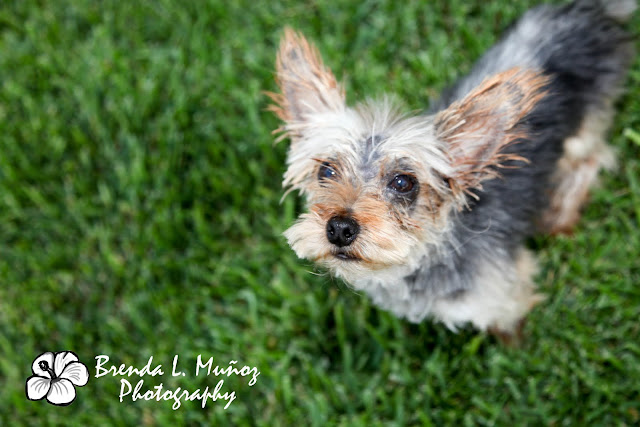 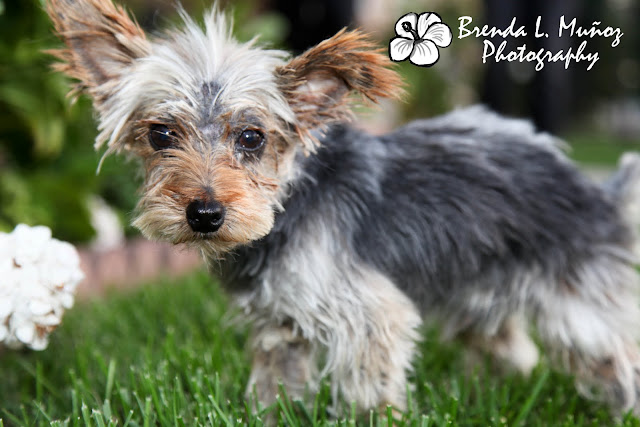 Even though the vet estimates that Rex is an adult, Rex was acting like a total pup and having a blast! 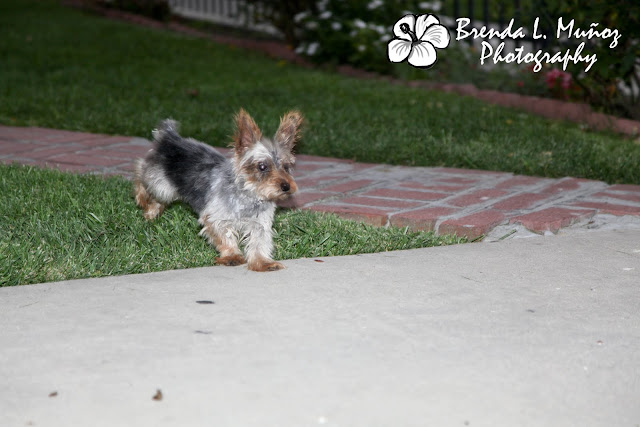 Rex has the cutest ears ever! And of course, here he was following a treat :-) 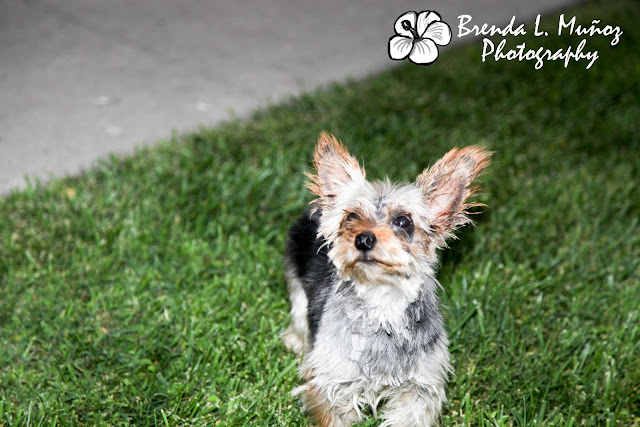 I wanted to include this because it shows how amazingly healthy Rex's coat is. This poor little guy has been through SO much that it's amazing that Erica was able to nurse him back to health and have his fur looking as healthy and shinny as it does. Amazing job Erica, terrific job. 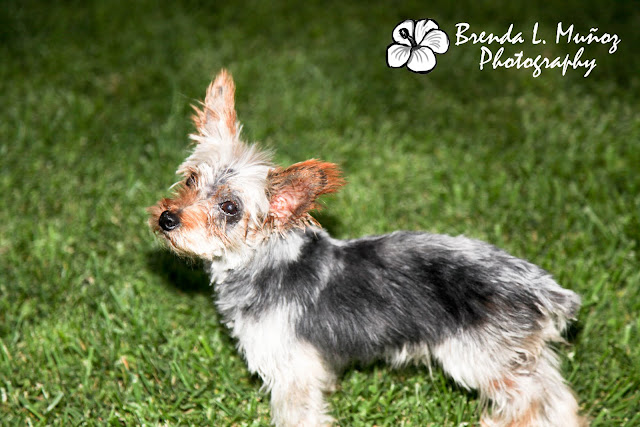 Rex didn't have much time to stop and pose for me, but I still managed to get a couple of photo's that look like he was posing! :-) 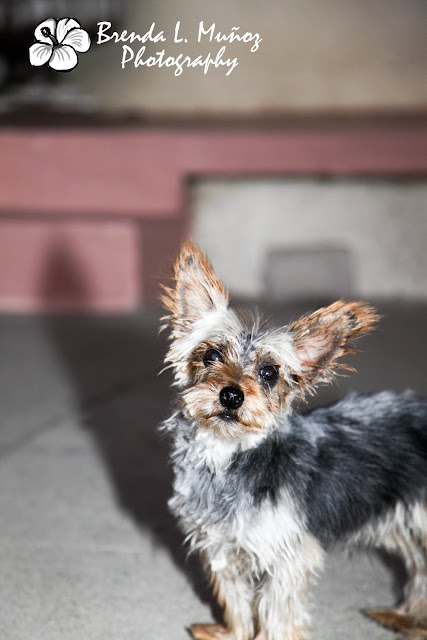 He was such a cutie! 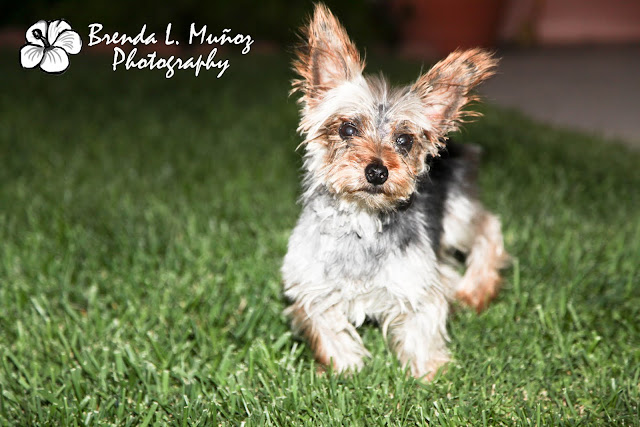 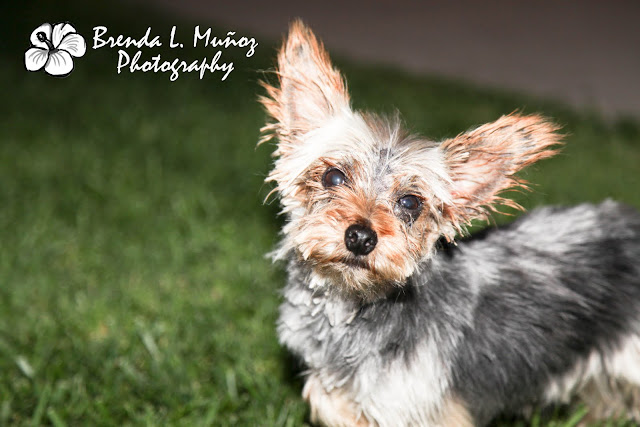 There are lots and lots of places out there where you can go and save a dog, just like Erica saved Rex. I encourage anyone who likes dog and has the means to support them to adopt them, or at least offer your home as a temporary foster home like Erica has done for Rex. The change that you'll see in that doggie will impact your life!
Posted by Brenda Munoz at 8:35 PM
Labels: lifestyle, pets
Newer Post Older Post Home